We welcome Dogs and Cats of all shapes, sizes, ages and breeds!

Cabbagetown Pet Clinic has been an important part of the Cabbagetown neighbourhood since the mid ’80s. In August of 2008, Dr. Jennifer Day took ownership of the practice.

We have since acquired an extremely knowledgeable and devoted team of doctors, which includes Amanda Low, Natalie Davis and Susan Bernhard. We also have an efficient and compassionate group of Registered Veterinary Technicians and receptionists to help make you and your pet’s visit a pleasant experience.

If you have any questions about our hospital or procedures, feel free to call or come in to talk to one of our helpful team members!

We welcome Dogs and Cats of all shapes, sizes, ages and breeds! 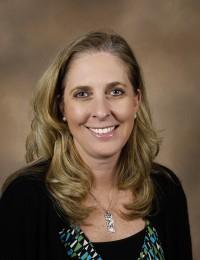 Dr. Day graduated in 1994 from the Ontario Veterinary College at the University of Guelph. After graduation she practiced veterinary medicine in Kingston, Ontario moving to Toronto with her family in 1997. Dr. Day practiced Small Animal Medicine and Surgery and Emergency Medicine in the GTA prior to joining Cabbagetown Pet Clinic in 2007. She purchased the Hospital from Dr. Scott McClure in August, 2008. Dr. Day is also actively involved in the veterinary profession outside of the Hospital. Dr. Day has been on the executive of the Toronto Academy of Veterinary Medicine since 1997 serving as President in both 2004 and 2007. She has also served on the Ontario Veterinary Medical Association Board of Directors since 1997, joining the Executive in 2005, was President in 2010, and in 2017 she won the OVMA Outstanding Veterinarian Award. Dr. Day lives with her husband, 2 sons, 3 Black Labradors named Onyx, Shade, and Emma and her lovable cat Snickers. Outside of Veterinary Medicine Dr. Day loves to go to her family cottage in the summer and downhill ski in the winter. She feels so lucky to be a part of the Cabbagetown Community and to have joined such a wonderful veterinary hospital. 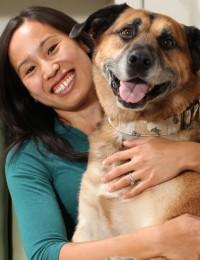 Dr. Low graduated in 2009 from the Ontario Veterinary College and previously completed an undergraduate degree at the University of Guelph in Nutrition. After graduation, she worked at a small animal practice in Thornhill and joined our clinic in 2011 after moving to the Riverdale area. She is interested in medicine, nutrition and behaviour and is always looking to learn more. When she is not at the clinic, you can find her exploring the city with her 2 daughters and husband. Her furbabies include her rescue dog, Gunner and cats, Birkin and Sockies.

Dr. Susan Bernhard graduated from the OVC in Guelph in 1985.

After graduation she worked at the Veterinary emergency clinic as well as a locum at other clinics in the Toronto area.

She has a passion for small animal medicine & a strong interest in exotic medicine.

It has been an enjoyable & rewarding experience for me at Cabbagetown Pet clinic. I attribute this to the dedicated & caring staff & individuals who live in the Cabbagetown neighbourhood.

Andria graduated from Seneca College’s Veterinary Technician program in 2010 and is a member in good standing with the Ontario Association of Veterinary Technicians. Andria has a special interest in animal behaviour and training, and is also a Certified Professional Dog Trainer. She enjoys cooking, documentary films, reading, and staying active with her dog Eli, a mixed breed rescue from Greece.

Danah our RVT graduated from Seneca College’s Veterinary Technician program in 2010 and is a registered member of the OAVT. Danah has an academic background in microbiology. She has a wonderful cat at home named Mouse and enjoys spending time with her family and friends whenever she can! Danah enjoys participating in amateur theatre and travelling.

Rebecca joined the Cabbagetown Pet Clinic team in September 2017. Before working in the veterinary field, she went to school for hospitality management, and worked at a hotel. When working at the hotel, she realized that her favorite part of the day was when someone would bring their dog in to stay at the hotel with them. At this point, she decided a career change was in order. She went back to school, and started working in a vet clinic to get as much exposure to the veterinary world as possible. She graduated from Sheridan College’s Veterinary Technician Program in 2016, along with our other RVT Sarah, and has been an RVT Since July 2016. She has a Frenchie named Charlie, and he is the love of her life (Don’t tell her boyfriend!).

Sarah grew up in Cobourg, Ontario. She graduated from Queen’s University with a degree in Biology, and quickly realized her passion for animals and wanted to work with them on a personal level.
Sarah joined the CPC team in 2015 as a co-op student through Sheridan College. She recently graduated the Veterinary Technician Program, and since then has become a Registered Veterinary Technician.
In her spare time, Sarah likes to swim, rollerblade, play soccer, and hike with her amazing two dogs, Mischa and Roman!

Shivonne grew up in Scarborough, Ontario. She had a great passion for all animals from a very young age. Shivonne joined the Cabbagetown Pet Clinic team in March of 2008. She started her career path as a receptionist and is now the practice manager of the clinic. She is one of the cheerful voices you hear answer the phone during the day. Shivonne lives with her two rescue cats Neo & Toph and enjoys hiking, and travelling.

Kaitland grew up in Owen Sound Ontario and graduated in 2014 from Niagara College, where she received a diploma in Office Administration. Animals are very important to her and she loves being around them as much as possible! She grew up always having pets in the family and currently has two cats named Chloe and Lennon. Kaitland enjoys spending time with her family and enjoying the great outdoors! One of the best things you can do for your pet is to keep him or her healthy. And one of the easiest and least expensive ways to do that is by bringing in your pet for regular exams and vaccinations.
Preventive Services

A simple way you can help keep your pet healthy is by protecting him or her against parasites. Heartworms, fleas, ticks, and other internal and external parasites are much more than just pests; they can cause life-threatening conditions in your pet—and cause severe, potentially fatal, health problems for you and your family.

With regular exams and comprehensive diagnostic testing illness, disease and other conditions can be detected earlier.

Imagine what your mouth would feel like if you never brushed your teeth or went to the dentist. For many dogs and cats, this is a painful reality.